Some of you will have been lucky enough to tune into our first wine radio show on 101.8 WCR FM this morning! If you did we hope you enjoyed and thank you for visiting our site.

Our show this morning focussed on Valentines Day and what wines we think you could be cracking open with that special someone next Friday.

In recent times, Valentines has become important to the wine retail industry as it is the first significant event after the increasingly popular dry January, bringing people out of their homes and away from their herbal teas to celebrate the festival of love. Wine and love have always gone hand in hand. Both the ancient Greeks and Romans had wine Gods, Dionysus and Bacchus (now a name of a grape); and their celebrations without fail included wine as a celebratory and romantic drink. The Romans used the grapevine as a symbol of fertility linked to the Goddess Venus and red wine with often used by them to represent seduction and romance. The link between alcohol and love has continued throughout the centuries, and not without reason; scientists have recently proven that wine, in moderation, can increase libido!

So what should you be drinking this Valentine’s Day? We’ve selected a red, white and sparkling option that we think taste great and have a lovely story behind them too. 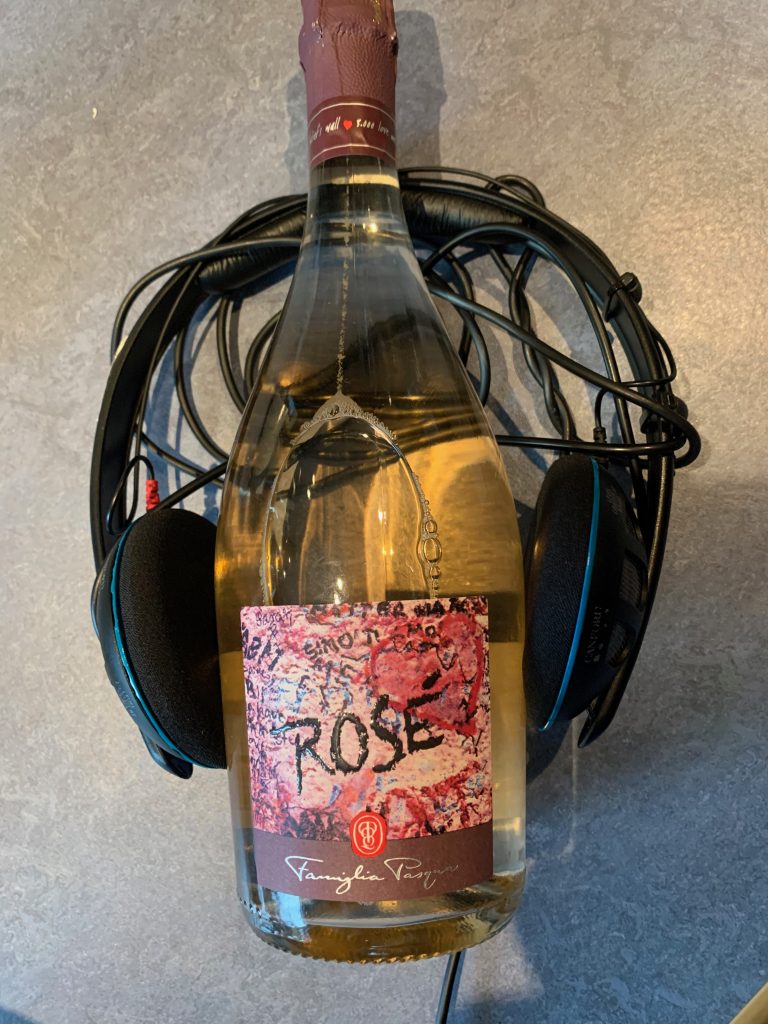 Most people are aware that Prosecco is a sparkling wine producing region in the North East of Italy. But did you know that the UK consumes about a third of all Prosecco produced which is almost 120 million bottles a year?! These days Prosecco is the go to sparkling drink of choice for many. Its method of production is a lot less labour and time intensive than other traditional sparkling wine, making it cheaper and far more accessible for a lot of consumers.

Prosecco production rules historically dictated that any bottle of wine must contain at least 85% of a white grape called Glera, and whilst the other allowed grapes did include red grapes, mainly Pinot Noir, the red colour had to be removed during production. This meant that you couldn’t have a pink Prosecco, and pink sparkling wines from the region had to be labelled as “Vino Spumante Rose.” However, last year, probably due to market demands, rules were changed to allow some red grapes, complete with their colour, to be added to the blend, finally enabling the creation of a pink Prosecco. Despite this, given how long the wine has to remain in its tank before being bottled and released, pink Prosecco has only really appeared on our shelves and in small quantities since the start of this year.

With this is mind the Romeo and Juliet Rose is labelled as a Spumante Rose but is made from grapes in the Prosecco area by a 100 year old winery Pasqua. Pasqua were established in 1925 by two brothers who began importing wine from their home town in the South of Italy to Verona. They subsequently started growing their own grapes and making their own wine and now export to 50 countries world wide.

The Romeo and Juliet wine is a homage to Verona and the courtyard where Shakespeare’s Juliet is said to have had her eponymous balcony; the courtyard wall is now a celebration of love with hundreds of love messages  scrawled upon it. A photo of a section of this forms the label of this wine.

So what does it taste like? Subtle redcurrant and raspberry flavours intermingled with a crunchy apple and softer pear. Gentle bubbles and a rounded sweetness. Perfect as an aperitif or with that other lovers essential, chocolate.

£5.25 from Sainsbury’s but widely available elsewhere. 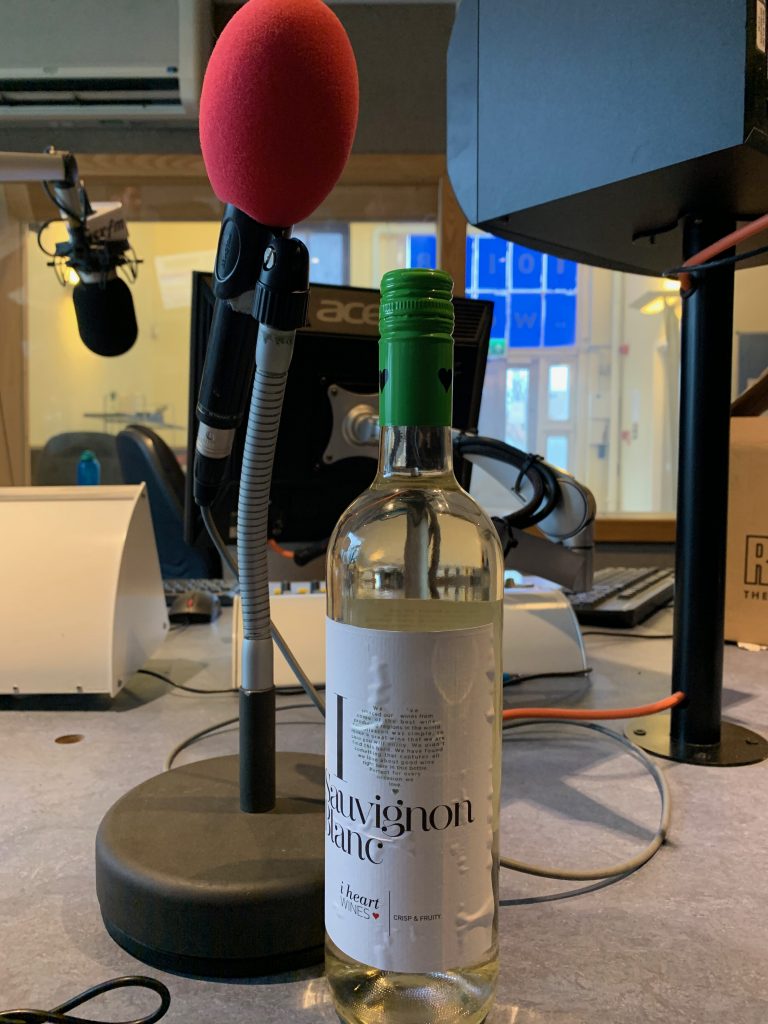 I Heart Wines is part of a relatively new wine phenomenon, the brand. Traditional wine making sees a vineyard in a specific area making wines that the winemaker wants to make whether that’s for commercial or personal reasons, and fairly frequently in accordance with local rules. I Heart don’t have their own vineyards, instead they approach wineries from around the world to make them a wine in a particular style. They have a whole range of wines  made from internationally popular grapes. Their ethos is simple wine labels without fuss and quality wines at affordable prices. With the aim to make wine accessible and appealing to a younger generation of drinkers.

The heart label makes it an obvious choice for Valentines and the product that we have chosen is their Sauvignon Blanc. Why? Well it tastes pretty good for just over a fiver and SB is the UK’s favourite white wine.  A 2015 survey put it top in every county and city except Berkshire.

Sauvignon Blanc’s traditional home is the Loire Valley in France, it is the grape used to make the wines from the world renowned Sancerre and Puilly Fume. In recent decades  it’s found a new home in New Zealand,  where the longer hours of sunlight typically help produce  wine that has more of a tropical fruit flavour rather than the traditional grassy flavours found in their French counterparts. Sauvignon is also grown throughout the world as per this I heart bottle which heralds from Spain.

Crisp and zingy with flavours of zesty lemon and lime, a twist of gooseberry and a sprinkling of freshly cut grass. Perfect for sitting on the sofa whilst watching Titanic.

If you are getting in a flap about Valentines presents, check out the I heart website where you can design you very own I heart Prosecco label for that special wine lover in your life https://personalised.iheartwines.co.uk 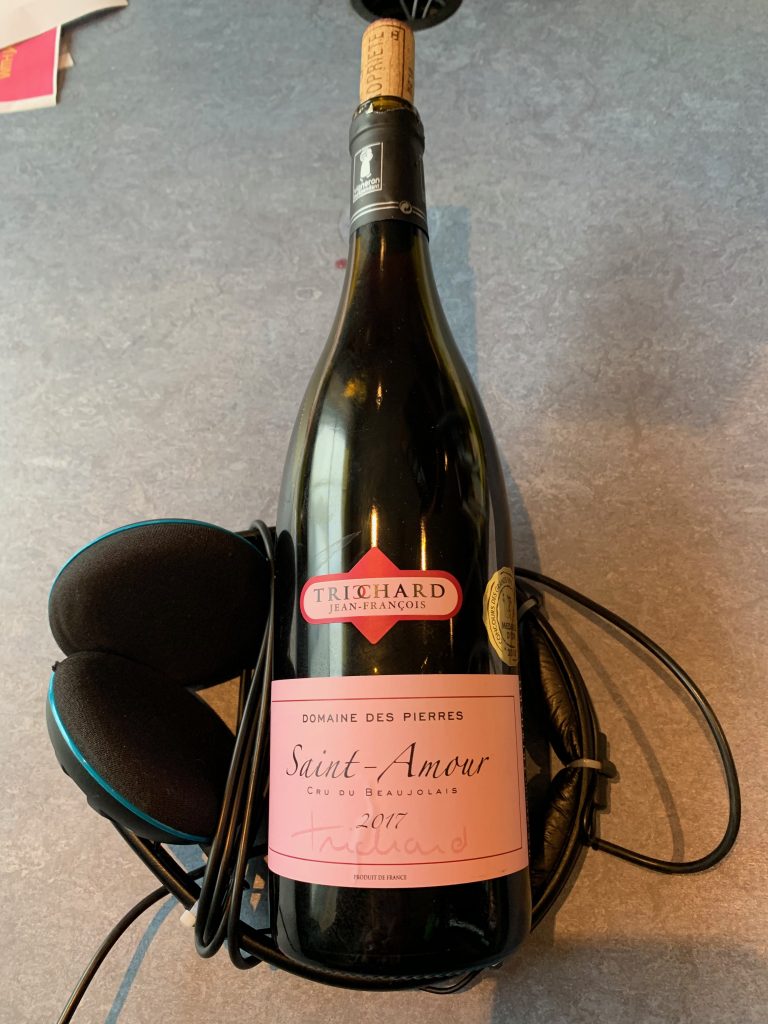 The French town of Saint Amour is in southern Burgundy in the wine region of Beaujoais. For a town named “Saint Love”, the history of the name is disappointingly unromantic; being named after a Roman soldier, Amor who fled persecution and settled in the area after converting to Christianity. The town’s tourist board however hasn’t failed to capitalise on the romantic connotations and you can now head over every Valentines Day and take part in a confirmation of your marriage; there are still spaces available if you’re short of weekend plans.

JeIn the UK Beaujolais is often associated with very light and fruity red wine. This is due to the Beaujolais Nouveau craze which was started in the 80’s by the recently deceased George Dubouef. Keen to ofter a point of difference and create an individual style, Beaujolais winemakers aimed to release a wine literally months after harvest. The third Thursday in November became Beaujolais Nouveau  Day and hundreds of thirsty consumers would jump into their cars and head off to Beaujolais to stock up on this uncomplex, fruity red wine. By the early 2000s supply was far outstripping demand as people started to get fed up with the lack of quality in most and in 2001 6 million bottles had to be destroyed that couldn’t be sold. In the last 20 years Beaujolais has had to reinvent itself, and whilst you can still get Beaujolais Nouveau in November, winemakers are keen to show the more serious side of Beaujolais’s red grape Gamay. There is particular focus on the different flavours and textures it shows when grown in different areas. The best of these areas are known as crus, of which Saint Amour is one. These Beaujolais cru often offer brilliant value for money for those wanting a lighter style red wine. If you can’t find any Saint Amour, then wines from Morgan and Fleurie are probably the most widely available on the UK market.

The wine we tasted was made by third generation winemaker Jean Francois Trichard, who over the last few years has amalgamated several family vineyards from across the area. It’s slightly lighter than medium bodied with lovely fresh cherry and raspberry flavours supported by a spicy, earthy undertone. Think subtle baking spices such as cinnamon and clove as well as a grinding of black pepper. A great pairing for a romantic sharing platter of cheese, salami and pate.

We hope you enjoyed the show. Let us know what you think of our suggested wines or if you have any Valentines wines that you think we should be trying out.

Want to know more about wine? Then get in touch and see what kind of tasting event we could host for you!